Accueil » Can we have a lonely degus?

Can we have a lonely degus?

The Octodon degus is a rodent with a gregarious way of life, constituted of clans, which sometimes live close to each other. The number of animals in these clans can vary between 4 to 6 females and 1 to 2 males for the most numerous1.When a burrow is overcrowded, the degus “migrates” to another territory, trying to integrate into a new home, thus allowing the population to mix genetically. Most clans are made up of unrelated degus. In general, degus tend to change burrows regularly.

We notice a regular migration of the degus, which is translated by its propagation in the environment, but also a regular change of life partners2. However, all this is impossible in captivity, because it would be too complex and would take a lot (too much) of space to try to reproduce it.

In addition to this, the degus has many specificities, with a complex social behavior and many means of communication. All this raises a question for its keeping in captivity. Is a degus able to live alone in good conditions? 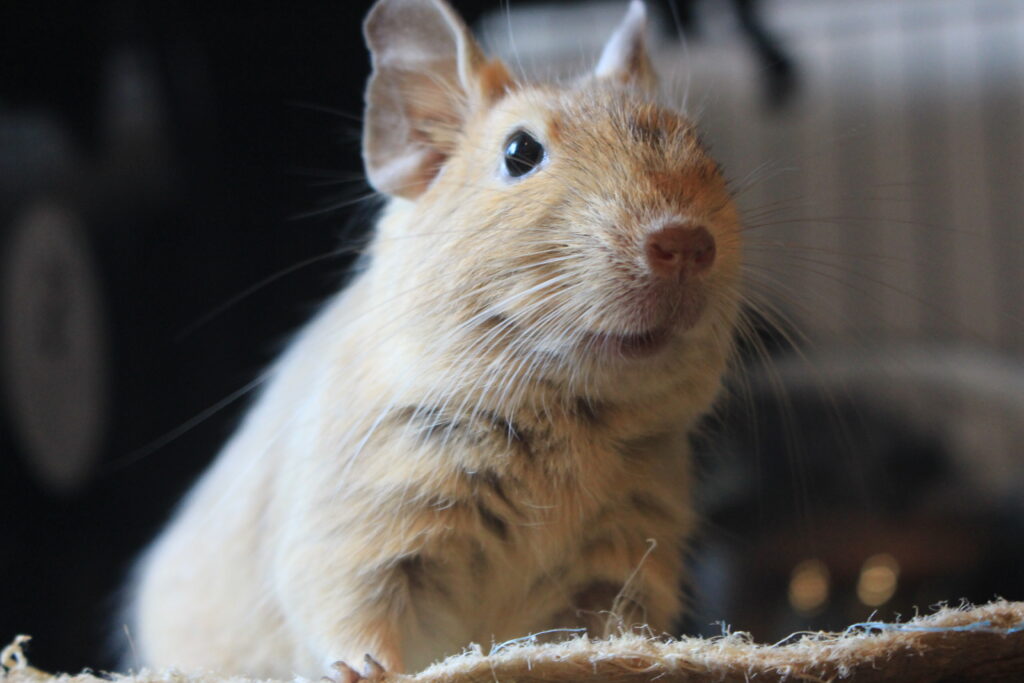 The solitude in the degus

To answer the question right away, yes a degus can live alone… Yes and no. As in any situation, it depends. Some degus can live alone, while others will absolutely not support it. Others will prefer to see and smell other octodons, as long as they don’t put a vibrissa in their territory. Finally, this can fluctuate during the life of the degus, which can accept better the solitude at a certain age and then need a companion at another time of its life.

There are no fixed rules on this subject, but rather points of view, and an adaptation of the owner which is only possible with a good knowledge of his degus (character, history, …) and the needs of the species.

It is thus advisable to be very careful with injunctions and unwise advices concerning the solitary degus. It is above all up to the owner to choose and based on the behavior of his companion. Most owners want to do the best they can and the loss of a pet or the worry of doing the right thing can be very stressful and bring a lot of mental burden to the daily life. 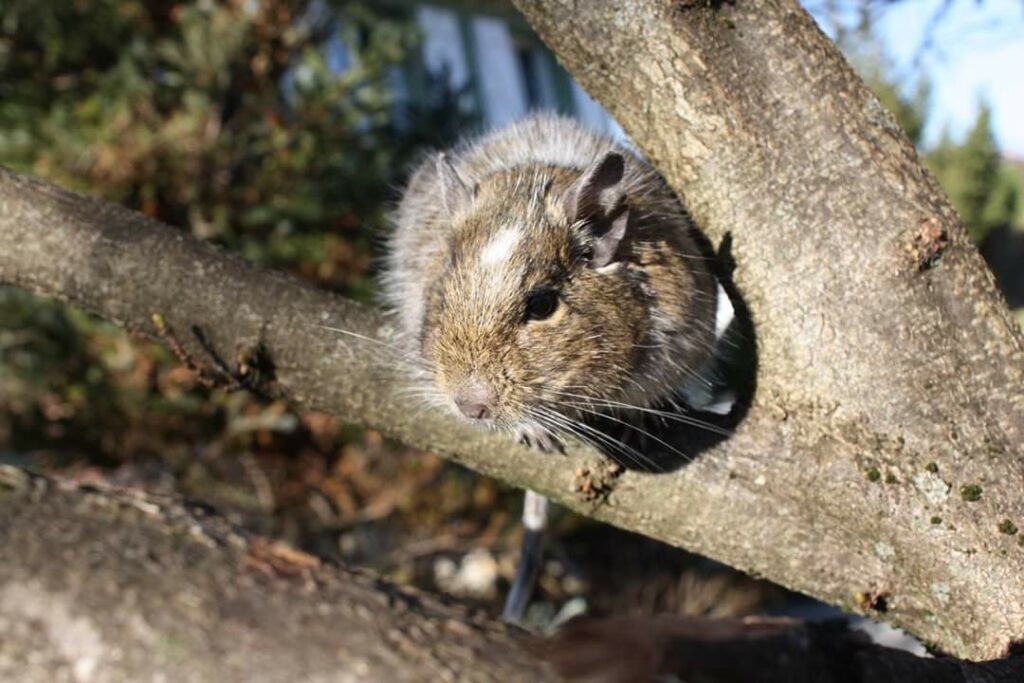 Very often, the question of the loneliness of the degus arises at the time of the loss of one or more of its congeners. The latter are then bereaved and disturbed in their habits and we can observe changes in their behavior. But this change is not necessarily a sign that the degus cannot live alone, but at the lack of a particular companion. Thus, it is not by “replacing” the lost degus that we can fill this void by directly introducing another animal. Indeed, it is above all to the relation with the former companion, to its personality and its character that the degus became solitary. And this cannot be replaced by another degus, which is unknown and arrives in its territory. Thus, adding a new degus will not replace the loss of the companion and can be a major source of stress, tension and even fights. Moreover, it will upset even more the environment of the delegate, and will be a radical change.

It is necessary, before thinking of introducing a new individual, to take time to observe the behavior of his degus. And to consider if the behavior is improving or not. Generally, the degus will recover and an introduction is not necessary, or can be implemented later. 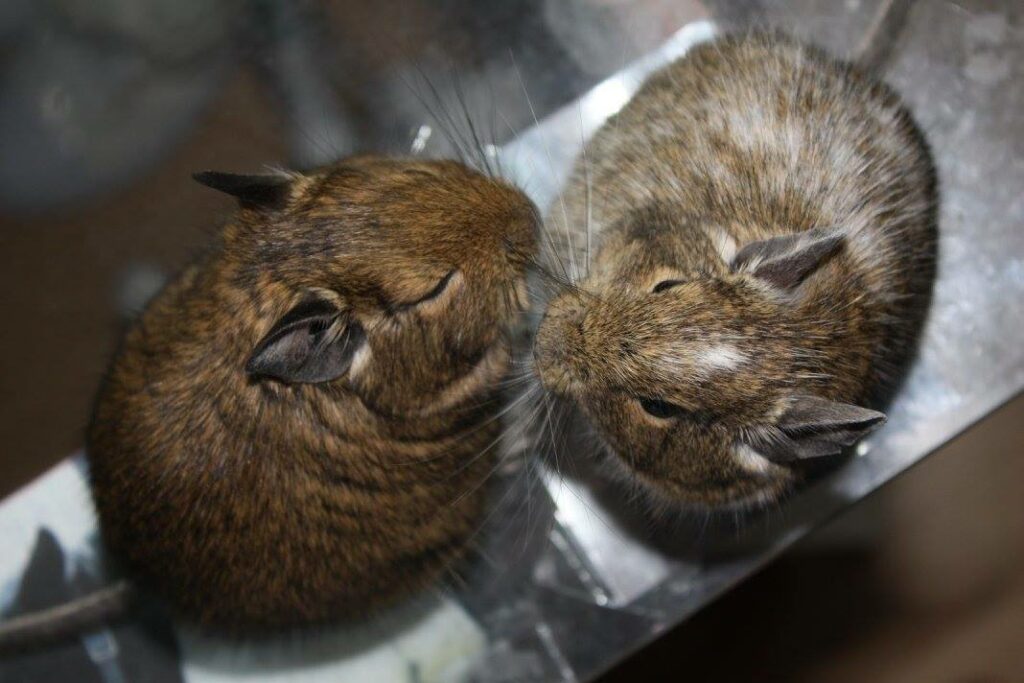 Introducing to a solitary degus one or several other individuals is not without consequences (stress, fights) and must be thought beforehand. Degus live naturally in groups of 4 to 6 individuals on average, but in captivity, pairs are more common. Being gregarious animals, they sometimes have “pack” behaviors, especially when they are aggressive and may gang up on another degus. This usually occurs in late adolescence, when the degus start to want to establish their hierarchy.

Finally, introducing a new degus to avoid loneliness is not always “right”. Depending on age or illness, it is sometimes best to avoid a fitter, much more active fellow octodon in the cage.

However, the introduction is a long (sometimes more than a year) and stressful process, which requires to ask yourself many questions: what if the degus don’t get along? Do I have the space for two cages, and this permanently? It is therefore important to have a plan B in case.